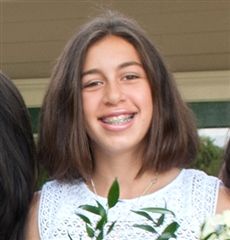 ﻿"Teachers Have Challenged Me"﻿
Although I have only been at Clairbourn for ​three years of middle school, I was still challenged and have become a better person because of my time here. Clairbourn became a second home for me filled with my second family, and one of my favorite things about Clairbourn is how nice, friendly, welcoming, and caring the people here are.
Clairbourn not only prepared me academically but also exposed me to new experiences. In 6th grade I was shy, quiet, and didn't like to speak in public. Then one day in Morning Assembly Mr. Barker announced that there would be tryouts for the Shakespeare play, and I thought to myself, it wouldn't hurt to try it out, so I did. Since then I looked forward to the play every year and would like to give much thanks to the Barkers for their wonderful directing and for exposing kids to theat​er. If not for them, I wouldn't know how fun and thrilling it is to do acting.

My teachers have challenged me and taught me so many things, not just from the textbooks, but also how to be your best self. I have learned that agriculture and trade are the base of every thriving society from history class. In English class we learned to not only do the work but understand it and to put forth full effort. During student council we were shown how to be leaders and respect other people’s views on things. In math class we learned that no problem is impossible to solve. My teachers throughout my years here have helped me so much and have helped me to prepare for my next four years of school at Mayfield Senior.
Back