6/10/2021
Cara Barker
How was Middle School C.A.S.T. (Clairbourn After School Thespians) drama group going to produce William Shakespeare's The Tempest during a pandemic? How were actors going to perform together when they were not allowed within six feet of each other and without the benefit of a stage? 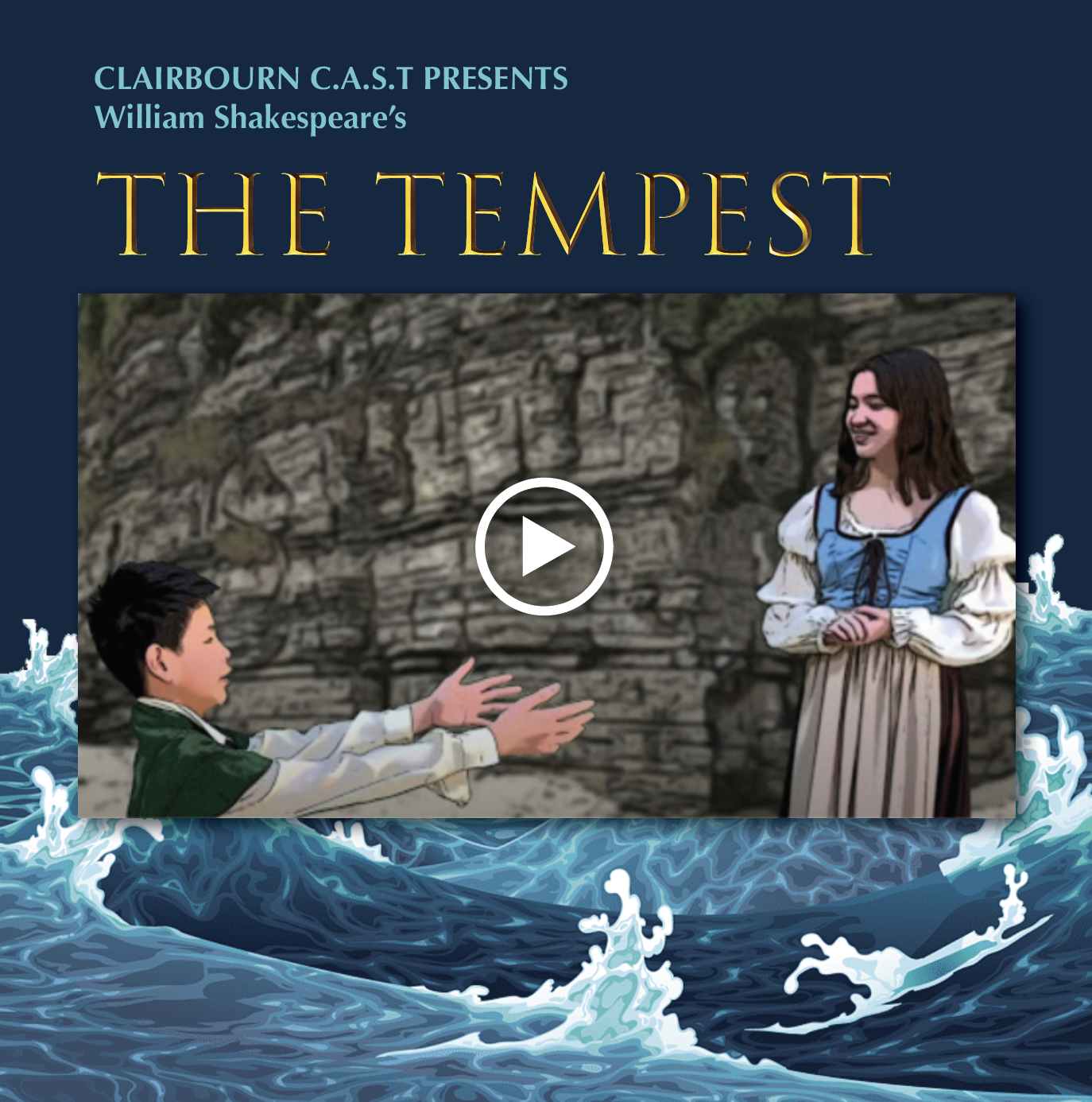 Click to watch The Tempest (2021 by Clairbourn C.A.S.T.) - 49 mins
Throughout February, March, April and May, images were extracted from their backgrounds, run through the cartoon filter, resized and positioned into their composites. Special effects were added. Along the way, the use of simple animations was explored to further enhance the magic central to the play. At the same time that the 2D composites were being created, video editing was underway. Composites were carefully ordered and matched to the voice recordings.

Best of all, students volunteered to keep the process moving forward! Sarah I. created storyboard pages for the first act; Faith C. extracted images, filtered and composited images; and Vanessa H. did the same and then took on the  added responsibility of video editing--in its entirety--Act 3, Scene 3, even sourcing out an animation to another student, Quinne F., as well animating and enhancing many images herself. Artists Irene X., Quinne F., Michelle Y., and Coco Z. provided much of the artwork for Act 4, Scene 1. We also had Marcel Z. helping out on writing the synopsis and designing a program.

In terms of just the video editing, 1,891 images were manipulated! This monumental endeavor was well worth the commitment, time and focused efforts in order to showcase the talent of our actors, vocalist and visual artists.

The Tempest Synopsis:
Congratulations, C.A.S.T.! Thank you to Mr. Barker, Mrs. Barker and everyone’s tireless efforts in making this production possible!
Back
1/1